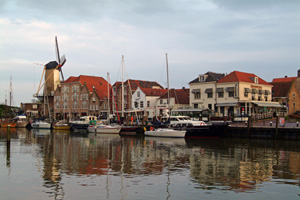 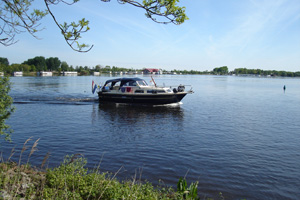 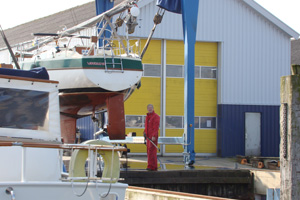 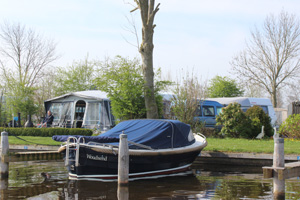 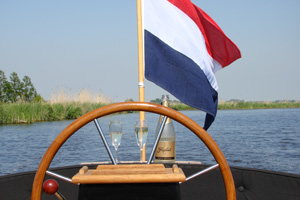 The Netherlands – commonly referred to as Holland – is a small but densely populated country with over 16 million inhabitants, located in the north western part of Europe. It lies opposite Great Britain on the shores of the North Sea, the challenging waters which require solid boats to navigate. Major European rivers such as the Rhine (Rijn) and the Meuse (Maas) flow through Holland, playing a crucial role in the transportation of goods over water to Germany, Belgium and other countries. The name ‘Netherlands’ comes from ‘low lands’, and is a very apt description. The western half of the country is below sea level thanks to a system of reclaimed land sheltered by a network of dikes. Just like the United Kingdom and Ireland, it often rains in Holland. Excess water is pumped out via a system of channels to the North Sea. Large areas of the country are covered with fresh water lakes, interconnected by channels. The biggest lake is the IJsselmeer, formerly an inland sea. In the coastal region in the south and north are islands, partly connected by dikes to the mainland but sometimes isolated and surrounded by the open sea with its strong currents. Popular among British sailors are the Delta lakes in the south western parts, that can easily be reached by yachts in a days crossing from the British islands. Cities such as Amsterdam and Utrecht are intersected by the famous canals, called ‘grachten’.

Quality matters for boats and yachts

The weather conditions in this part of the world can be rough. This is why Dutch shipyards are so accustomed to building yachts to the highest technical standards – the foundations of the global reputation enjoyed by the industry today.

The origins of the word ‘yacht’

Due to its relationship with water, shipbuilding has played a major role in the Dutch economy for centuries. In the Golden Age of the 1600 and 1700s, Holland’s large fleet of wooden ships dominated the oceans. It was at this time that wealthy residents started having their own ‘jacht’ built – the Dutch word for pleasure boat from which the international term ‘yacht’ is derived. Yachting literally and metaphorically had its origin in the Netherlands.

Conduct business with Dutch shipyards and yacht brokers and you’ll be struck by the internationally oriented mentality of your business partner. The people on either side of the North Sea are known to get along well both in business and private and certainly in yachting. The Dutch may come across as being rather direct to the English, Scottish, Welsh and Irish yachtsmen but this is actually a sign of respect. The Dutch like to focus on your demands. Business mentality is quite similar to that in the Anglo Saxon countries, with an additional influence of Calvinism sometimes. Traditionally, the Dutch tend to ‘underpromise and overachieve’. Nearly all Dutch people speak English and one or two other international languages, especially those whom you are likely to encounter in boating.

Check out the used boats for sale or search for a new yacht that you like.