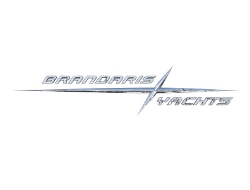 Brandaris Yachts
Brandaris Yachts are a respected tender builder in Loosdrecht, the Netherlands. Inspired by the old
Brandaris boats used during the 1936 Olympics and subsequently by the Royal Dutch Navy as a rescue boat, Brandaris Yachts was founded in 1989. The focus on designing and building luxurious boats of 8.5 up to 16 meters has been upheld ever since and a new sport line including the Q52. O52 HT and The Rib 6.70 has recently been added to the range. Brandaris Yachts is a brand imbued with the passion of its founder and has developed a strong reputation for offering consistent quality, distinctive design, performance and a custom build offering.